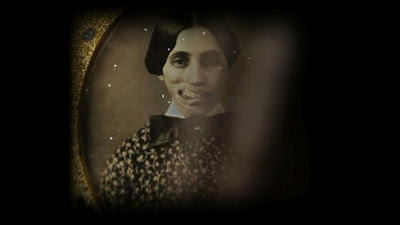 I can think of no one better suited to make a film about the Mutter Museum than the Quay Brothers. The twin brothers, best known for their animated films, have a truly unique visual style that is a perfect match for the macabre specimens in the Mutter. Their films are filled with broken and decaying objects, broken dolls and sense of life on the other side. The Mutter is a museum full of medical anomalies and specimens. Preserved bodies, skulls, instruments, books, body casts, swallowed objects and other things, fill the Mutter’s walls and cabinets.

The Quays were given unlimited access to the collection. Their mandate was to make a film about museum in anyway they saw fit. Correctly called a meditation Through the Weeping Glass is designed not to be a catalog of what is in the displays, or even it's history, rather it’s designed to evoke feelings and to get you thinking and pondering life, and, especially, death. When the film ended and I was left sitting in the darkness I found myself pondering a wide variety of things. Now some days later I’m still pondering them.

I have no idea how to describe this film. I’d love to compare it to the work of Peter Greenaway (with whom the brothers have worked)or Joel Peter Witkin, but that’s neither fair nor wholly accurate. The Quays while making a work that could be cousin of these other two artists, have made something truly unique.

If you want to see a unique mediation of life and death, and to a small degree on the Mutter itself, track down a copy of this film. A DVD is available from the Mutter itself. I also think the film is going to run as part of the Museum of Modern Arts retrospective of Quay Brother films.

(If you do see the film on DVD watch the making of. Its 30 minutes of the Quay brothers filming, including several sequences that did not make the final cut.) 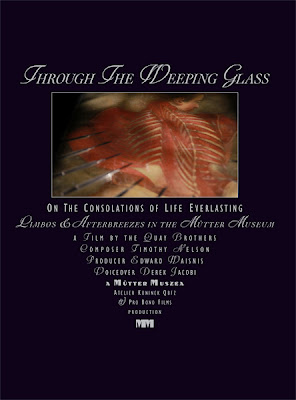