DURESORI: THE VOICE OF THE EAST plays for Free Tuesday at the Korean Cultural Services free films in Tribeca 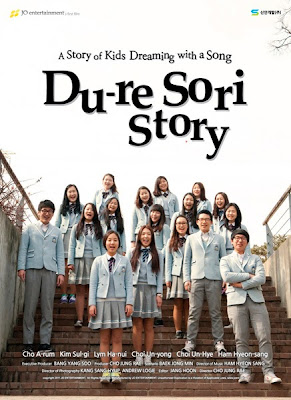 The next free Korean Cultural Service film is Tribeca is Tuesday. The film is the last in the K-pop series. Here’s what their web site says:

Based on a true story, Duresori: The Voice of the East is shot in documentary style and tells the story of high school seniors Seul-ki and Ah-reum. Like other teenagers, they’re stressing over upcoming college entrance exams – and even more so when they’re forced to join the school choir in order to fill a remaining requirement. There, their unorthodox instructor blends the principles of classic Western music and traditional Korean song. Though at first they are reluctant to learn, they soon find a love for this exciting blend of music… and are forced to band together when the school cancels their annual summer concert. Will their music survive?

The film will be shown in Korean with English subtitles.