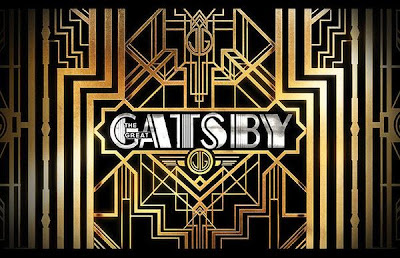 Baz Luhrmamn’s big screen adaption has been a surprise hit around the world. The HUGE epic retelling of the F. Scott Fitzgerald tale melds old and new in a giddy concoction that is probably one of the best films of 2013, at least on a technical level. On an emotional level I’m not sure what to make of it, since the film seems to be too much of everything.

The story of the film follows Tobey Maguire’s Nick as he moves into a small shack in East Egg in the hope of mingling with the rich and famous. He eventually makes the acquaintance of the mysterious Jay Gatsby (Leonardo DeCaprio) who is fabulously wealthy and who pines for his lost love Daisy. It’s a doomed story of love lost—how money can’t buy happiness and a few other things that your high school English teacher will tell you are locked in the tale.

Big showy film that must have looked amazing in 3D (I saw it in 2D the 3D version being long gone by the time I got around to see it) it is a technical marvel. This is a film that has been made by a director who not only isn’t afraid to show off but has the talent to make the showy elements vital to the story. Lurhman brilliantly manages to use the spectacle to counterpoint the emptiness of the characters’ lives. He also uses it to keep you watching because you want to see the next wonder he is going to pull out of his hat.

The trouble with the film is that as many wonders there are in the film, the story kind of gets lost. Some of the dialog and sequences are a tad arch and mannered (granted intentionally so, due in part to how the story is being told). Nick, a failed writer, is relating the tale years after the fact in a hospital). There is a problem with the pacing, Gatsby doesn’t really appear for almost half an hour and then the film begins to gallop toward its conclusion. Related to this is several bits that are key to some of the themes in the book/film are kind of set up and then discarded until needed late in the game—for example several characters, a certain mechanic and his wife, who will figure into the end of the film disappear. despite that in early films and in the book they are always on the periphery (their home is always passed as characters go to and from the city).

The other problem, or not, is that this is the first telling of the tale where Daisy comes off worst. By saying coming off worst I don’t mean that Carey Mulligan is bad, oh lord no, rather it’s the first time I ever realized how mercenary she is. Sure, she loves Jay, but at the same time she really does love money. It adds to the tragedy, but it also makes me want to smack Gatsby and ask him what he sees in her.

Despite the flaws I am haunted by this film.

Several days later I’m still trying to get my head around what this Gatsby film is. I’m still wrestling with what I feel. I know it’s this monstrous brilliant masterpiece but I don’t know to what degree I like it. Yes I admire it, yes I can wax poetic about huge portions of the film, but at the same time I fell kind of distant.

Ultimately though,, the film is must-see. No one makes films like this. No one except Luhrmann was ballsy enough to try and make something so epic.. its a must-see and, yea, its one of the best films of 2013.
Posted by Steve Kopian at August 27, 2013