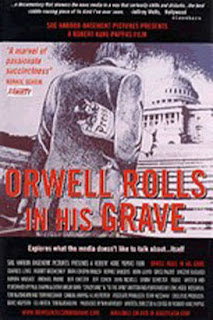 Damning look at the news media and how its take over by big business has allowed the news to become entertainment instead of information. Ultimately this is the story of how its very possible that all of George Orwell's warnings about the control of Truth will come to pass.

Better in many ways than the work of Michael Moore,who appears in this film, this is a very clear very well reasoned look at whats wrong with how we get our information. Taking no side, neither left nor right, this is instead an examination of the corporations that control what we see and hear. News is no longer what will inform us, rather its what will make the shareholders the most money. News is also a means of covering up what is really going on, with made up news stories and dog and pony shows misdirecting the public as to what is going on in Washington. If you don't think that things are in a dangerous position consider the biggest lobbyists are the media corporations themselves. The battle is not left and right its rich and poor and unless you're the top one or two percent of the rich you really don't count.

This is a calm film where we get to see some very knowledgeable people tell us what they know with out the histrionics that have accompanied many recent similar films like Fahrenheit 911, Bush Family Fortunes, Outfoxed, and Uncovered which touched on some of these subjects but did so with a bludgeon and a screaming sense that the sky was falling. It doesn't make a difference if you're a bleeding heart liberal or a conservative this film will rattle your cage because it will very plainly show that its not what you believe that matters but how you can be manipulated to do what the rich want you to do. Class warfare? It is indeed though no one in the media would dare tell you that.

See this movie. It will anger you and it will depress you. But it must be seen simply because it will make you less likely to think that the winner of American Idol or Survivor is the most important news story of the day.
Posted by Steve Kopian at August 25, 2013