The Men Who Made Ultraman 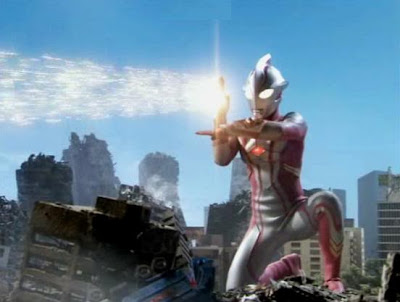 Just a short piece on THE MEN WHO MADE ULTRAMAN. This neat little film is a blast for anyone who has ever seen and loved the ULTRAMAN TV series (and yes I loved the show as a kid).

The film follows the creation from the show from idea on to its airing and the uncertainty of whether it would be a hit. The film also spends time with the personal life of the shows creator.

For me the story of the shows creation is less interesting than watching the recreation of the visual effects. To me it was really cool watching the effects men create the monsters and the destruction. It was also a bit frightening (and funny) to see when things went wrong. I would have hated to be in any suit that caught fire.

While I lost interest in the show over time, to the point that I never tracked down any of the later series or any of the behind the scenes material when I could afford them, the show has always held a place in my heart. I’m guessing the fact that a film such such as this got made proves that the show still has a soft spot for millions of Japanese as well.
Posted by Steve Kopian at August 30, 2013