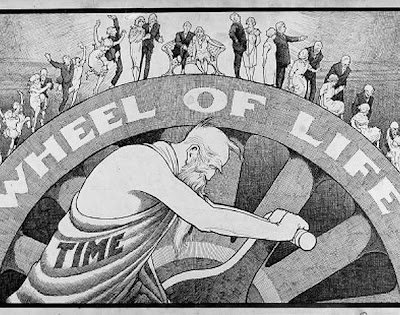 This week I'm going to take a look at some the year's big blockbusters. Yea I know they are hardly unseen films, but at the same time one can't live just by watching small films any more than one could live on big ones. To ease into it I'm going to give word on some (mostly) big releases that generated small reviews.

VEHICLE 17- It may not be the worst film of the year as one person I know has called it but it is one of the dullest- and it's an inaction movie instead of an action one which says something. Paul Walker tales the wrong rental car and ends up framed for some police corruption. While its clever to keep the whole film in the car, it makes for a rather limited sort of film, and since we don't know somethings interest wanes. I've seen better and worse.

KILLING SEASON has DeNiro battling Travolta for survival in and around the woods of DeNiro's mountain home. An allegory about war the film tries way too hard to be about something and ends up about nothing. Outside of the beautiful setting and Travolta's harsh appearance there isn't much to remember.

GROWN UPS 2- is funnier than the first film and better but it's still a a mess since its a series of events ideas without connections.

THE INTERNSHIP- Vince Vaughn and Owen Wilson crash Google. I thought I would hate it, but somewhere in the middle of it I kind of fell in like with it and I'm kind of bummed it sank without making much in the way of waves. Thankfully home video is sure to rescue it and turn it into a cult hit. (There is a good chance I'll do a big review down the road)

Roland Emmerich's WHITE HOUSE DOWN should have been better that OLYMPUS HAS FALLEN but it's killed from the outset thanks to a near static first half hour. Yea the action comes hot and heavy for a while, but there are still great swaths where nothing much happens. The talk might have worked but it doesn't move fast enough to hide the flaws. Worse it makes even less sense than the earlier film. It's not a bad film, rather it's one that ain't a great deal of fun. (and it suffers from having punchlines that are in both films)

PAIN & GAIN has thrown me for a loop. Michael Bay did this? Really? The true story of a bunch of knuckleheads who figure the fastest way to make money is through kidnap and murder doesn't seem like comedy material but Bay somehow pulls it off. Understand its black as night, really gruesome and not for kids. I really liked it but I need to see it again before I really write it up.

I have no idea how Brett Easton Ellis is considered anything other than a hack. He’s a one note typist at best that has been rewriting the same bad idea for decades. The fact that he has any sort of creative career I have to chalk up to his ability to schmooze the right people and pay for drinks. He must be one hell of a dinner guest. Still the fact that he makes money gives me hope that one day I’ll be able to make money from what I write… Which brings me to THE CANYONS the film Ellis wrote for Paul Schrader. Its awful. The story of some fringe people in Hollywood in obsessive relationships that turns bloody for no real reason at the end, is a film only it’s filmmaker could love. Its shallow people, who are unlike anyone I’ve ever met, doing shallow things that only bad written fictional people do. Yes Lindsay Lohan is quite good, but she deserves better, but she’s lost in a bad in a bad movie of other peoples making. Avoid this one.

WORLD WAR Z disappoints. Following the start of a zombie apocalypse Brad Pitt and his family end up traveling around the world.  The troubled production has some great action set pieces but at the same time it has almost no real characters only cliche moments used to get the emotion across and link the big moments.  While not a bad film, it isn't anything special. It's also clear proof that HBO was foolish not to have turned the novel into a miniseries since long form television would have been ideal for telling the tale. The one key nagging question that hangs over the film is how did so many people end up dead so fast? I mean Pitt and family seem to be on a family jaunt when all hell breaks loose. How did no one know? It makes no sense. There are more but just that one goes to illustrate the internal problems with the film that take away all the fun.

SMURFS 2  While  not as much fun as the first film it's still a great deal of fun once it gets to Paris. Come on Brendan Gleeson gets turned into duck and the film has Neil Patrick Harris, what more do you need?

And now some links via Randi

Vincent Price on location for MADHOUSE


The disturbing THE HAND

What should have been the last Indiana Jones film