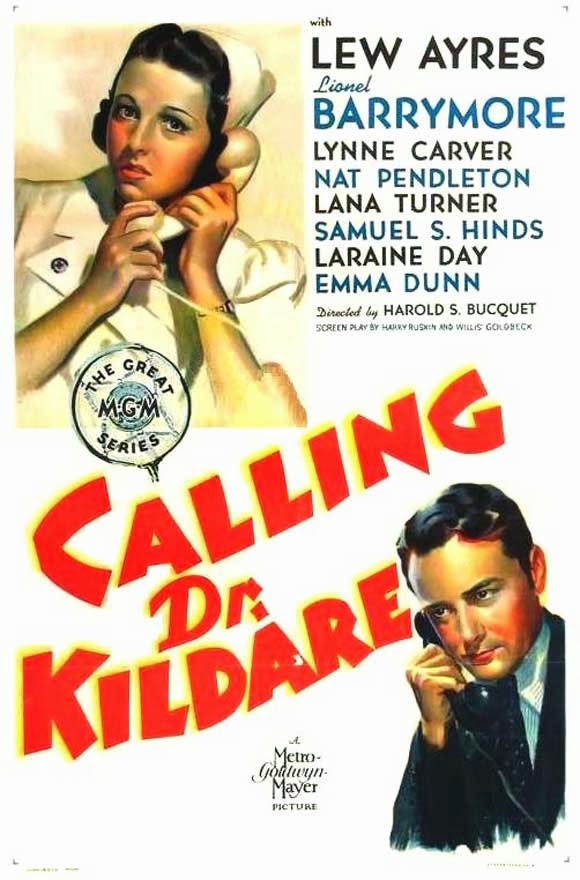 Second of the Dr Kildare series has Gillespie sending his protégé to a satellite clinic related to the Hospital in the hope of teaching him to deal with the emotional side of a patient’s ills. Not long after being there Kildare is dragged away from the clinic by Red in order to help a friend who had been cut. Actually Nick has been shot and is wanted for murder. Kildare treats the young man and then is talked out of taking him to the hospital by the boys sister. Kildare is smitten and finds himself getting deeper in trouble as he tries to prove Nick isn’t guilty….and he’s suspended yet again from the hospital.

While not quite as outstanding as the first film, Calling Dr Kildare is still a solid program picture. It’s enjoyable time with some good characters.

The reason the film isn’t quite up to the previous film is that the plot, while engaging, is a bit well-worn from other films and film series. How many times have we encountered our hero, being it detective or doctor or some other type of character who has a similar situation where they help a supposed bad guy? It’s a staple of mystery and crime films so seeing it here isn’t anything new. I do suspect that the plot isn’t quite as gripping as in other films is that the film isn’t a crime film and the bright settings of the hospital works a tad counter to the darkness of the plot. It doesn’t kill things, but it makes what should have been a very good film just a good one.