KNUCKLEBALL!, FASTBALL, and the Personality of the Pitch - Tribeca 2015 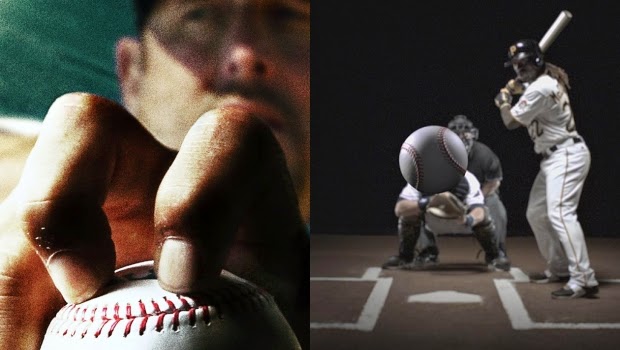 Walt Whitman loved baseball, but he hated the curveball. "I shall call it everything that is damnable," he once wrote. For Whitman, the curveball was an ugly kind of deception that got in the way of hits and home runs. Maybe Whitman also viewed the curveball as an emblem of the snake oil salesman and the confidence man, those sneaks of the basest American character who deal in perfidy and grift rather than the high-minded American ideals of self-reinvention and the grind.

It makes me wonder what Walt Whitman would have thought of the fastball and the knuckleball, both of which have been the subject of entertaining and informative ESPN 30 for 30 documentaries in recent years. (Surely a documentary called Curveball is in the works.) Like the curveball, there is a kind of deception behind the fastball and the knuckelball, and the whole point is to confound batters. Rather than consider the batter vs. the pitcher in terms of the American character, Kevin Costner's narration in Fastball looks at the conflict in its most fundamental prehistoric terms: it's a guy with a stick against a guy with a rock.

Comparing Knuckleball! with Fastball is pretty fascinating since the character of the pitch has so much to do with the people who practice it and the way that stories become attached to these people. I keep saying that I don't like watching baseball, but I love the idea of baseball. These docs about fastballs and knuckleballs are about the idea of baseball, and also about baseball as a collection of stories. 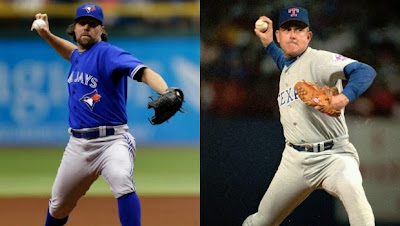 Jonathan Hock's Fastball, which premiered at the 2015 Tribeca Film Festival, chronicles the hardest throwers in the history of baseball, from oldies like Bob Feller and Walter Johnson, to Nolan Ryan, and more recent pitchers like Aroldis Chapman. The conflict isn't just a guy with a rock against a guy with a stick. There's a kind of one-upsmanship and argument about the fastball. Who threw harder? Who threw hardest? No, but who really threw hardest? It's not just the cavemen with sticks and rocks; it's like kids in the schoolyard, each one claiming that their dad could could beat up everyone else's dad. Everything is about individual achievement and pitching superlatives that push the shoulder and elbow to their absolute limit; and about measurement methods, tall tales, and, more important than the science and the math, confessions from the mound and testimonials from the plate.

Knuckleball!, which premiered at the 2012 Tribeca Film Festival, is less about individual achievement than it is a small band of misfits. Co-directors Ricki Stern and Anne Sundberg explore the pitch like a kind of last resort. Few people start as a knuckleball pitcher. Instead they wind up becoming knuckleballers because other pitches just plain didn't work for them. The film predominately focuses on Tim Wakefield and R.A. Dickey (the only knuckleball pitcher to win a Cy Young award), both of whom come across less like macho hard-throwers and more like zen masters of the mound. They're part of a select group of knuckleballers. When they're together, the knuckleballers are less prone to one-upsmanship and more likely to share tips that help foster the next rare knuckleballer into the brotherhood.

The fastball and the knuckleball work drastically different parts of the arm. Whereas the heat in a fastball is lost when a pitcher's elbow goes, the bobbling eccentricities of the knuckleball are lost from something as small a broken fingernail. And still, each pitch is about a kind of deception. A knuckleball, thrown with as little rotation as possible, can slip and dive unexpectedly, whereas a fastball is thought, in defiance of physics, to actually rise as it approaches home plate rather than fall. The observer, who cannot make sense of the observed object, strikes out. Somewhere in between the speed and uncertainty of the two pitches, the aim is ultimately the same: beat the guy with the stick.

Whitman would probably be upset about both the damnable fastball and damnable knuckleball as pitches per se, but perhaps he'd appreciate the characters who threw them.
Posted by Hubert at May 08, 2015