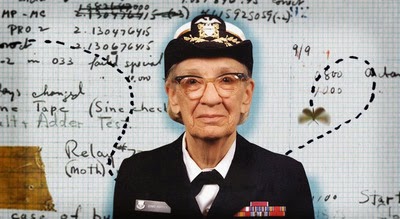 Yet another look at the gender inequality gap, this time among the computer coders of the world. The current inequality is troubling considering that in the early days of computers almost all the coders were women. Things began to slide in the 1980's.

A flashy slick presentation tries desperately to hide the fact that we've been here before. Pick an industry and odds are you could do something similar. I kept waiting for someone to tell me something that I hadn't heard before or wasn't painfully obvious.

Who did they make this film for? I'm not sure since other than being something that will play well the converted, most audiences are going to end up bored even at a brief 79 minutes.

This was one of the few films screened before the festival that I wished I had missed.
Posted by Steve Kopian at May 02, 2015