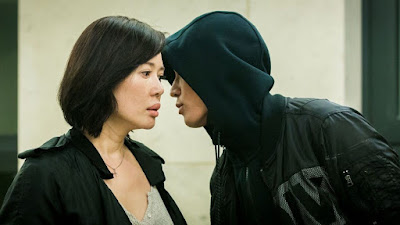 Impossible to describe simply tale of a computer hacker suffering from a severe brain injury who is quietly aiding the police. Why he is doing it isn't initially clear, nor is the fact that he is not taking the medicine that would keep him alive. What does it have to do with the orchestra conductor or the gangster or even the 20 year old body found buried in the woods?

Good thriller requires some patience for the first hour as plot threads are played out with little attempt to connect them up. In the second hour the threads begin to come together and we at last can begin to see the pattern that was being woven. To be honest this is one of the few times where I was glad I had read reviews of the film before I saw it because it gave me the warning about the rambling middle section which isn't really rambling.

If you like twisty thriller this BLOOD OF YOUTH is recommended.