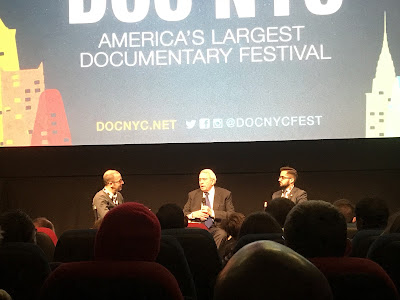 FAIL STATE focuses on for-profit colleges. As time goes on, state budges go down, causing tuition to go up. In the 1970's college was in the $2,000 range. By the early 2000s it was in the $9,000 range and it keeps going up. What are low income students supposed to do? For- profit schools have been targeting low income students, as well as veterans, causing them to have to take out a lot of loans and get meaningless degrees. Some schools are completely fake. (remember Trump University?) One school was said to give a degree to become a gourmet chef, and the students were working in a cafeteria. They were paying money, to work in a cafeteria. Now a lot of these schools have closed, and the students will never get their money back, because the schools have no money. A lot of students feel ashamed for being defrauded and so they're not speaking up about it.


I think the film was well made. My only issue with it was some of the placement of the music. At times it was a bit loud, especially while people were talking, which made it distracting.This is a documentary that I think everyone in high school should see. Dan Rather was the executive producer, so hopefully with his help, this film, and these awful schools will get media attention.
Posted by Steve Kopian at November 12, 2017