ZERO WEEKS is such an important documentary for everyone to see. How is it that the US and Papa New Guinea are the only two countries with zero weeks of paid family leave (paid leave for maternity leave, leave to take care of an aging family member, or if you are very sick). Every other country has paid leave. Russia has 28 weeks, China has 16, Ethiopia has 25, and the US has none. Now certain states are starting to have paid leave (CA, NJ, RI) and finally NY which begins it's paid leave starting January 1, 2018. (& Washington just started it as well).

Only 14% of people in the US have jobs that do give paid time off. 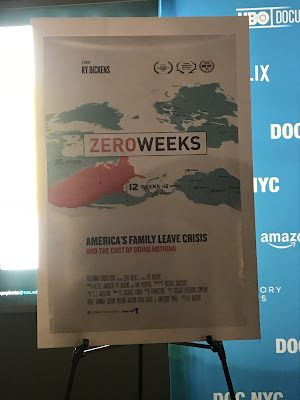 The film focuses on several people who are jeopardized because of the lack of no paid leave in the US. One was a very sad story about a woman with cancer. She has to get radiation on her lunch break, and because she only has Saturday and Sunday to relax and heal, her cancer is taking a lot longer to recover from, and she's in constant pain. (She also has a daughter to take care of).

Another couple dealt with the loss of their babies and only got a handful of days off for their bereavement. They later have another child and have to deal with the father's lack of paternity leave.

I think this documentary was really well made. It will leave you angry and frustrated at our country. It definitely held my interest the whole time. I teared up quite a bit, which I didn't expect so bring tissues if you see this! I definitely think this is a must see, as so many people in the US assume they will get time off if needed, and are unaware that that this isn't the case, so it's important to find out when starting a job if your job has time off if you get very sick, pregnant, or have to deal with an aging parent.

Go see it and tell everyone about it.

Go to www.zeroweeks.com to take action 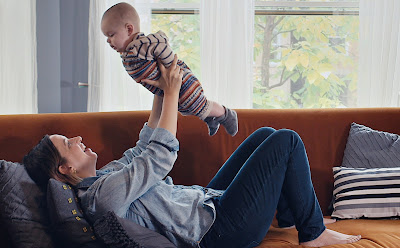