DOC NYC Shorts: COPS AND KIDS BOXER, THE ARIA OF BABYFACE..., HOW TO MAKE A PEARL, LA LECTORA, OUR NEW PRESIDENT, PERSON OF THE FOREST, FIX AND RELEASE and BLOOD AND INK 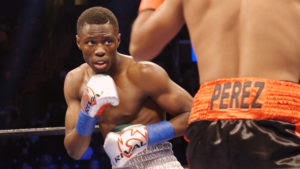 COPS AND KIDS BOXER
An Excellent short promotional film about an NYPD program that gives kids a place to go if they are willing to learn boxing. 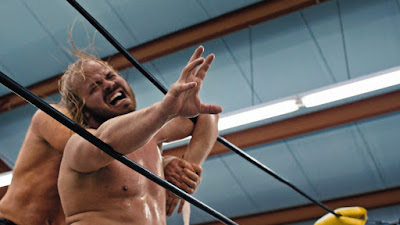 THE ARIA OF BABYFACE CAULIFLOWER BROWN
A professional wrestler philosophizes about his sport.
Short, sweet and one of the best documentaries at DOC NYC. If you want to know what professional wrestling really is, this will tell you. This gem lifts the sport up and neatly places it on the shelf with other classic story forms. Utterly brilliant. 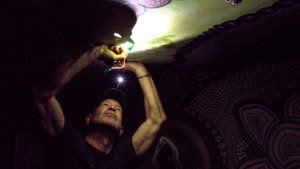 HOW TO MAKE A PEARL
Portrait of artist and musician John Kapellas who is so sensitive to the light that he must live in total darkness.  Really good portrait of a man trapped in perpetual night and how it effects him. 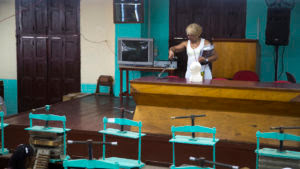 LA LECTORA (THE READER)
A look at the dying tradition in Cuban cigar factories of having a person come in and read stories to the workers. The film is portrait of one of the last of the breed and it is a charming slice of vanishing life. 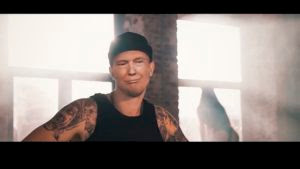 OUR NEW PRESIDENT
A look at Donald Trump via Russian TV and internet videos.
This surreal look at how Trump is viewed by the Russian media is an often funny look at how he is seen elsewhere in the world.  Depending upon what you think of The Donald the laughter may catch in your throat since the unintentional implications (that they put him in power) is ominous owing to the current investigation into such matters. 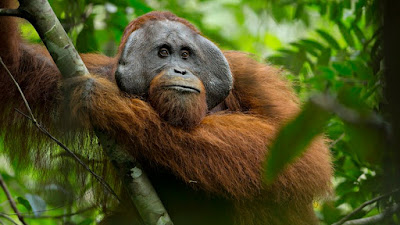 PERSON OF THE FOREST
A look at the orangutans of Borneo who are in danger of disappearing with the forest.
Loving and lovely portrait of an animal potentially on the edge of extinction thanks to the interference of man. This is a super portrait that will go along way toward making people aware of the dangers faced by these majestic animals. 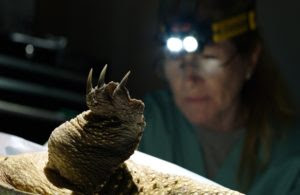 FIX AND RELEASE
A portrait of a turtle trauma center in Ontario Canada which shows exactly what they do to help heal injured turtle. Absolutely wickedly cool look at people helping animals. It is jaw droppingly amazing  to see how wire, crazy glue and duct tape can make a difference. One of the best films at DOC NYC the film is an absolute must. 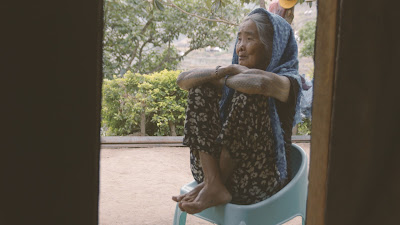 BLOOD AND INK (DUGO AT TINTA)
Director Jill Damatac Futter ponders her heritage through the work of Apo Whang Od, an indigenous tribal tattooist in the Philippines.
A mix of essay and documentary the film ponders our notions of who we are culturally in a heady mix of thoughts and ideas. Its very good.
Posted by Steve Kopian at November 10, 2017