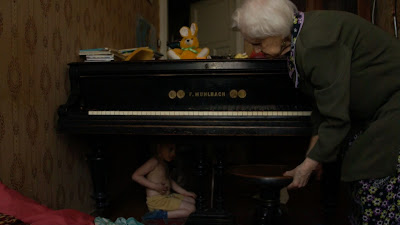 HARMONY
When an elderly woman's niece moves in to help take care of her she brings along her four toddlers setting up a battle of wills.

Interesting for a while but the shrieking kids can become a bit much and once things are set up it kind of doesn't go anywhere unexpected.

One of the few DOC NYC misses 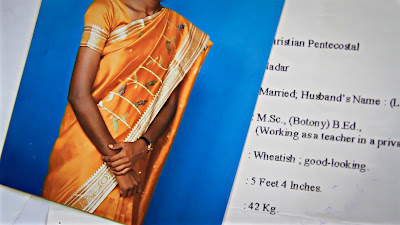 LOVESICK
Super little film about the work of Dr Suniti Solomon who discovered the first AIDS patient in India. Resigning her post she set up a foundation to help people with AIDS. Over time she ended up playing match maker between patients across India.

A small scale charmer and heart warming romance as we follow Dr Solomon as she tries to make a match for one of patients. Its wonderful and will put a smile on your face. 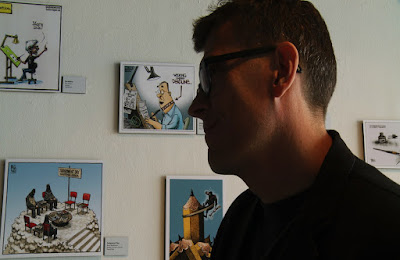 MR FISH:CARTOONING FROM THE DEEP END
Portrait of political cartoonist Mr Fish, whose laser like an occasionally"vulgar" take on things has won him a legion of fans and another legion of enemies.

Excellent documentary on a man and his art that has wonderful digressions into what it all means and what is the best way to do what he and his fellow cartoonist do.

A must for anyone who cares about the world.
Posted by Steve Kopian at November 12, 2017