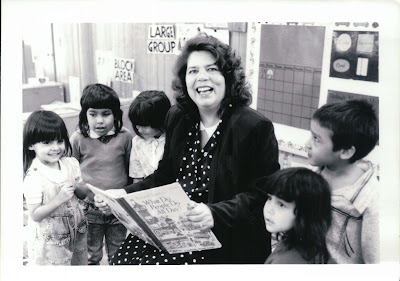 Mankiller is a portrait/ celebration of the life of  Wilma Mankiller the first woman to be named Chief of the Cherokee Nation and political activist.

While the film is a told in the standard film clips mixed with talking heads style the film is anything but standard issue thanks to the incredible life that Mankiller lead. To put it another way when you’ve changed the world you don’t need bells and whistles to reveal how special you are. Covering her entire the life the film makes you realize early on that the fact what she accomplished isn’t amazing because she was a woman, but rather simply because she simply achieved it. If you list all of the things she did in the name of Native American (land and civil) rights it would warrant praise.

Mankiller was a hell of person and the film they have made about her is a hell of a film. It is deeply touching film that not only highlights the accomplishments of one person but also shines lights on all of the issues that she fought for.

This is a gem of a film and is recommened.
Posted by Steve Kopian at November 09, 2017