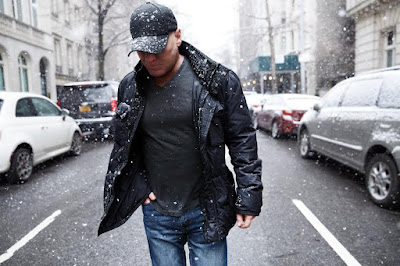 Cinematic portrait of shoe designer Steve Madden as told by Madden, his family and those closest to him.

Going into DOC NYC I had a very short list of films I had no interest in. While I would love to see every film screened some films I would gladly cut loose if I had to make time for something else. At the top of the cut the film loose list was MADDMAN. Frankly I had zero interest in the man or his shoes. However when a PR person I've come to trust asked me to take a look at the film I bit my lip and said yes....

....and as a result I had a great time seeing the life of Madden played out on the big screen.

That the film works as well as it does is due to two key factors- the first is that the film is not focused on the shoes. Yes shoes are all through the film, but we aren't concerned with them. This isn't about making a new line or coming back from prison, instead it's simply about this gregarious man who you somehow come to like.

The second factor that makes the film work is that Madden and everyone interviewed are just really fun to be around. Every one laughs, everyone has a glint in their eye as if they are sharing some big secret, with the result that we go along. Everyone is having a good time telling tales about their friend so we have a good time. I went from no interest in the film to a big fan within five minutes of screen time.

Simply put I had a blast.

While this is never going to be confused with some of the heavier films at DOC NYC, the film is in many ways head and shoulders above them because the film is good enough that you'll want to come back to see it again and again, not because you will learn anything, rather you'll simply have a great time revisiting old friends.

One of my favorite films at DOC NYC and very recommended.