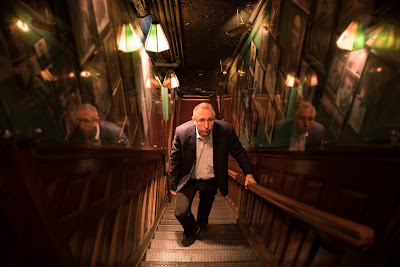 OH, RICK!
This is a loving and funny portrait of actor, comedian and composer Rick Crom who was the long time MC at the Comedy Cellar in NYC. The film is not only a celebration of Crom and his career but also a kind of history of stand up comedy via all the interviewees who talk about Crom and working in the stand up business.

One of the most enjoyable films at DOC NYC this year the film is very recommended. 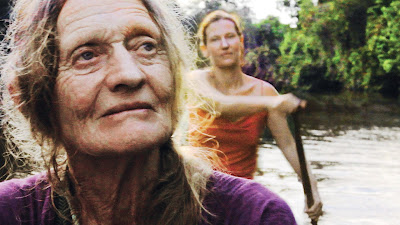 AMAZONA
Director Clare Weiskopf completes the film she has been working on her own life. Its a film about her trying to come to terms with how when she was a child her mother ran off and left her in the jungle. This is one of the more gripping films at DOC NYC pondering who we are, who are parents are and how we see each other and the work. Highly recommended.

THE STRANGER is a recreational documentary about a woman named Amanda who met the man of her dreams on Facebook...only to discover he had a boatload of secrets. Walking the line between documentary and drama THE STRANGER tells a detailed version of the hot button topic of can we know anyone we meet on the internet. The fact that the film is not American made works in the film's favor since it gives is sense of this can happen to anyone. Recommended.
Posted by Steve Kopian at November 08, 2017