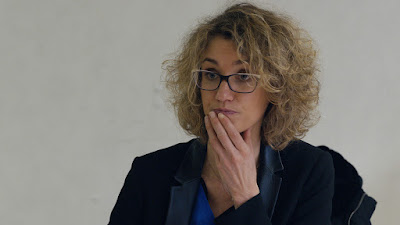 Riveting documentary chronicling what happens with in the court rooms where the fate of those involuntarily committed are examined by a judge to see if they can be let go. The screenings are based on a French law that requires a judge to weigh in on involuntary committals within 12 days of a patient entering a hospital.

Made up of 10 meetings between patients and judges the film is little more that a series of close ups of the patient and the judges. They are spaced by shots of the hospital hallways. Its very minimalist but absolutely captivating since there is so much drama in each encounter we simply can not look away.

Deeply moving and at times troubling look at how the mentally ill are treated in France. While it is clear that many of the people need help, its also clear that anyone of us is a hairs breadth from being locked up.