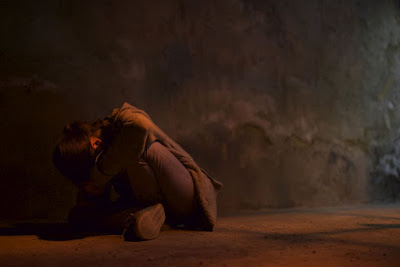 I am at a loss as to how TIGERS ARE NOT AFRAID is  playing smaller festivals such as Boston Underground and not in the bigger fests like New York or Tribeca or any of the other huge festivals. The fact that films by Guillermo del Toro are lauded there but gems from filmmakers like Issa López, who has made a film that is probably more powerful than most of del Toro's films, is just wrong.

TIGER follows young Estrella whose mother has been carried off by the drug cartels in Mexico. She is left to fend for herself and falls in with a band of boys who have similar stories. They work together to get food and stay safe. They  tell each other fairy tales to pass the time. However fate has other plans for the group and they are soon on a collision course with the cartels.

This film is amazing and get better the more you ponder it.

This is a must at the  Boston Underground Film Festival.
Posted by Steve Kopian at March 25, 2018