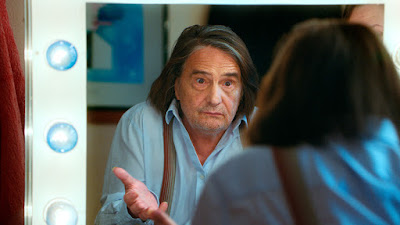 Aging actor(Jean-Pierre Léaud) has to wait to film a death scene so he goes off to stay at a friend’s house for a couple of days. There he becomes acquainted with a group of kids who are making films. As he ponders his past and his death, both real and on screen , he connects to the future and present as the kids pull him into their movie.

Charming film quietly ponders great truths as we fall in love with the various characters. While there really isn’t anything earth shaking here, it is a wonderful showcase for Leaud who shines as a man pondering existence. It is Jean-Pierre Léaud‘s performance that makes this film worth seeing since it’s so rare to see an actor truly inhabit any role. 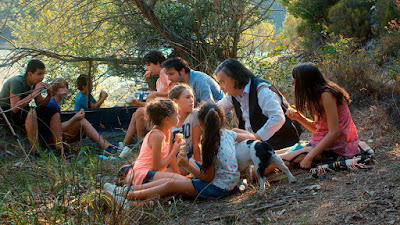