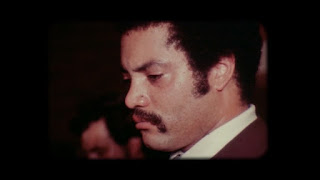 Excellent short documentary (screaming to be made into a feature film) about the Son of Sam case is a trip back 40 years to the summer of fear.

Made up of footage from WPIX in New York and containing interviews with veteran reporters Mary Murphy and Arnold Diaz, as well as archivist Rolando Pujol the film has a wonderful lived in and you are there feel. Having lived through the massive amounts of new coverage that surrounded the attacks this film brought back the feeling of what it was like to be there.

Expertly and vitally edited by director Heath Benfield the film has a living breathing quality to it that is missing from most other crime documentaries. Benfield sweeps us up and pulls us into the crime and the time in a way almost no other filmmaker has ever managed. Its so good that I would love to see if he could really explore the murders in a feature expansion of this short. If not I will be extremely happy just to know that this film exists.

Highly recommended. One of the very best films at The Queens World Film Festival.
Posted by Steve Kopian at March 16, 2018