The annual collection of scary shorts is one of the creepiest collections ever to play NYICFF. Containing some of the more disturbing films I've seen this year (The Burden and Eternal Hunting Grounds). Not for the faint of heart this really is one collection that is not for everyone since many of the films are just out there.

What follows are my thoughts on all of the films except for THE DINNER PARTY which I managed to miss. As a whole the collection is excellent and highly recommended if you like your films weird and scary. 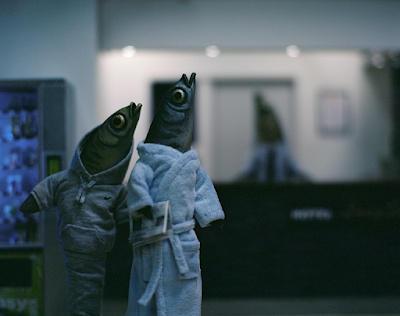 The Burden
Incredibly weird mini opera is going to be a love or hate it film. A strange stop motion film has odd half animal creatures singing about depressing things. You'll know you're not in Kansas the instant the fishmen sing about hotel rooms, One of the weirdest films you'll ever see- that's a compliment. 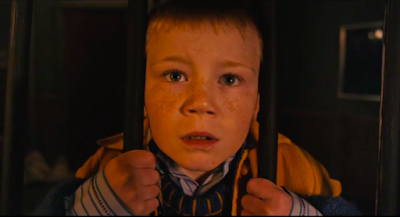 Dentures Of Death
Little Tommy is forced to spend the night at his great uncle's house and is haunted by what he sees there. This is an amusing little tale that just hits all the right notes. 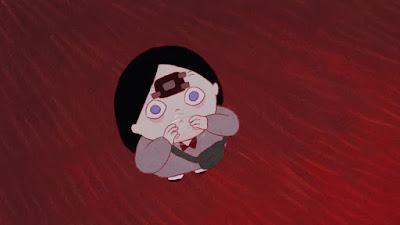 Ellee
A wonderful film about a little girl who is different... or so she thinks. 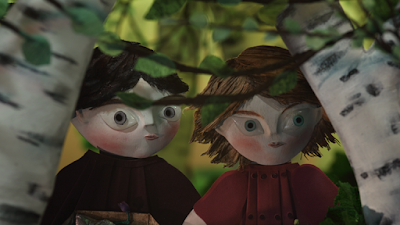 Eternal Hunting Grounds
The longest film in the collection is this incredibly creepy short about a boy and a girl who collect dead things so they can go to the eternal hunting grounds. I have no idea what I think of it but it left me feeling deeply disturbed. 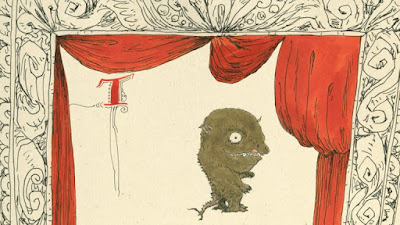 Notes On Monstropedia
A kind of encyclopedia of monsters done in a baroque style meets Monty Python as the monsters appear on a stage and odd descriptions appear on screen. its a brilliant piece of filmmaking that is just clever and cool on way too many levels to name. A great great film. 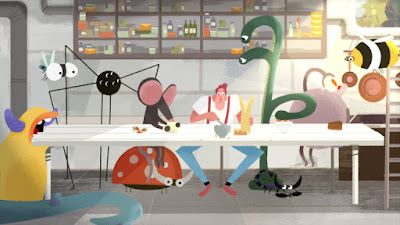 Shock Therapy
In order to face his fears Jim literally moves i with them. An amusing little film that has some good laughs. 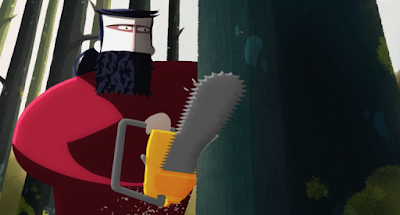 Totems
A lumberjack gets trapped under a tree and tries to release his inner animal. Weird strange and with an ending that is absolutely creepy 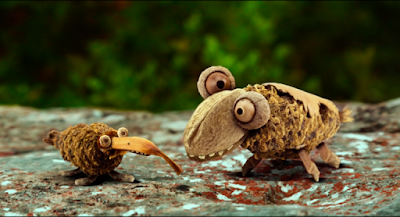 Two Snails Set Off
Jean-Pierre Jeunet (AMELIE, ALIEN RSURRECTION, CITY OF LOST CHILDREN) directed tale based on a poem by Jacques Prévert has various animals tell the story of two snails who go off to mourn a dead leaf.  A beautiful and amusing trifle with a huge list of big name French actors all doing the voices. Very cool.
Posted by Steve Kopian at March 06, 2018