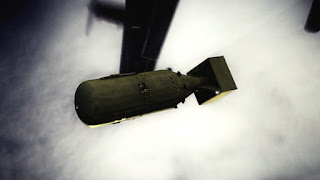 ATOMIC MOTHER
L.E. Salas hypnotic meditation on atomic war sucks you in drags you along. More an emotional plea rather than a reasoned discussion it is a film that gets under you skin and sucks you along. It viscerally writes on your soul the understanding of what using atomic weapons means, especially their cost. 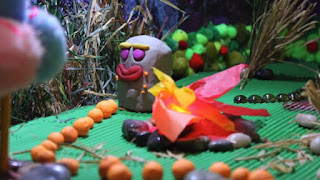 MR FOOD
Amusing short animated film made by Peter Lozado in his Middle School class about a small monster eating and eventually meeting a bigger creature. It nicely has some chuckles in it. 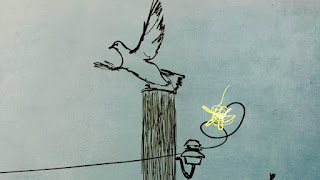 MOUNTAINS
A woman dances and finds flight in it.
Excellent little music video is a companion piece to the excellent GIRL WALK ALL DAY thanks to the girl at the center of this film is the rotoscoped image of Anne Marsen who is the girl in GIRL WALK. (I recognized her from her movement and not the credits). This wonderful marriage of image and music is highly recommended. 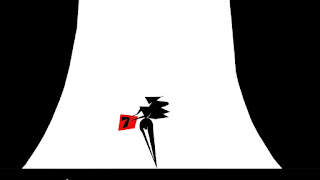 ALL THE WORLDS A STAGE
Sam West recites the speech from Shakespeare which is then beautifully animated so as to illustrate it. Its a stunning piece of art that makes a case for letting  filmmaker Hanes Rall lose on the entire play. A must see. 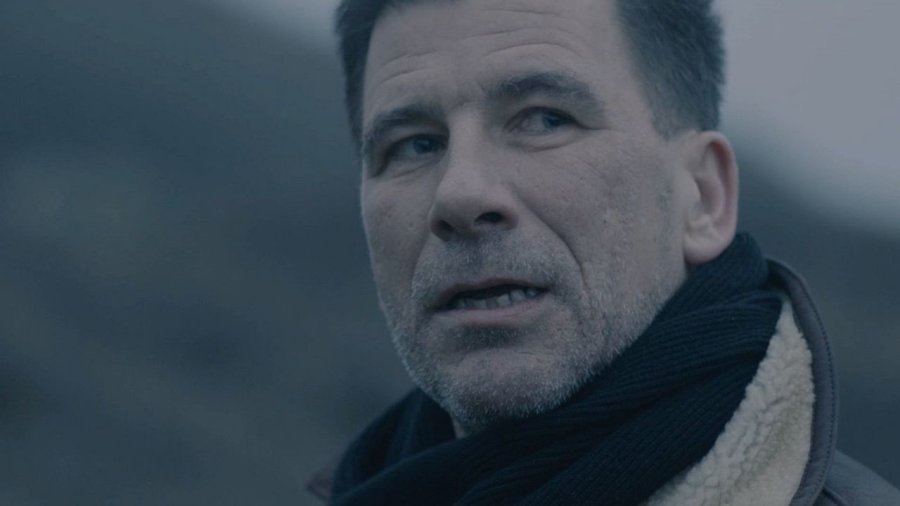 BLACKMOOR
At an isolated cottage a man appears looking to buy the place. As he is shown around we get the  feeling he knows the place well already. Moody little stinger makes you want to see where it goes. heart felt little film where everything comes together in absolute perfection 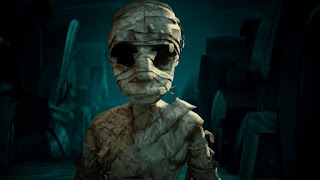 ALPHABET
Strange animated film about a person reconnecting with the alphabet of life. Bizarrely cool I honestly have no idea what it means or what I'm suposed to think of it but it is intriguing.
Posted by Steve Kopian at March 14, 2018