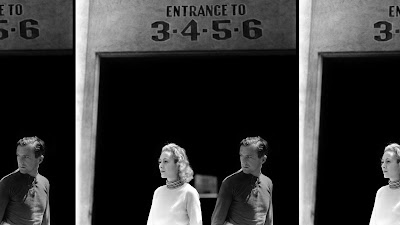 In Lisa Immordino Vreeland’s visually stunning ﬁlm LOVE, CECIL, the glamorous world of the fashion/ celebrity photographer and stage set designer, Cecil Beaton(1904-1980), comes alive. Using archival footage, interviews and readings from his diaries by actor Rupert Everett, we see the world as he transformed it, as he wished it to be. With sparkling wit and often unsparing criticism, the quintessentially British Beaton photographed luminaries of his era such as Great Garbo, Coco Chanel and Audrey Hepburn and pictured them in VOGUE magazine and Vanity Fair. His ofﬁcial pictures of the British royal family are iconic as are the stage sets and designs for GIGI and MY FAIR LADY which won him two Oscars.

The stylish society that Beaton documented, created and inhabited came crashing down when he scandalized the world of fashion in 1938 by inserting an anti-semitic slur into an illustration in American Vogue. He was ﬁred from the magazine and his reputation was ruined. With many apologies and what looked like penance, he devoted himself to his work as a war photographer, capturing the solemnity and solidarity of Britons on the home front. Many of his photos at this time appeared in LIFE magazine. Postwar, he returned to his ﬁrst love, photographing celebrities such as Dean Martin and Mick Jagger. Perhaps though, his most iconic work was what he created for the stage and then the screen: the Ascot race scene from MY FAIR LADY, for which he designed both the costumes and ﬁlm set.

Sponsored by the Greater Port Jefferson/ Northern Brookhaven Arts Council, the Port Jefferson Documentary Series brings directors, producers, and stars of each ﬁlm into the theater for an up-close and personal question-and answer session. Our guest speaker is Director Lisa Immordino Vreeland.

The Port Jefferson Documentary Series (www.portjeffdocumentaryseries.com) is made possible by the New York State Council on the Arts with the support of Gov. Andrew Cuomo and the New York State Legislature and by the Suffolk County Ofﬁce of Film and Cultural Affairs, Steve Bellone, County Executive
Posted by Steve Kopian at March 14, 2018