JEANNETTE, THE CHILDHOOD OF JOAN OF ARC (2017) Rendez-Vous With French Film 2018 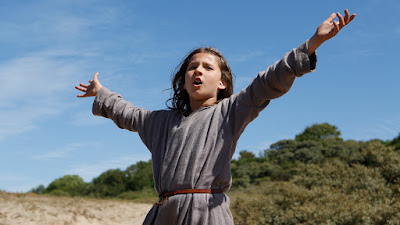 I'm not going to review this film. I'll explain what it is and then let you decide whether to see it. I'm not being a smart ass or anything like that, rather this simply is a one of a kind film that is either going to be something you love or something you loath.

Experimental musical, almost operatic, telling, after a fashion of the life of Joan of Arc. People sing songs and sort of dance in the wild. Joan grows up and goes off.

Personally I sat there slack jawed and in disbelief, not so much that this was made but that its gotten picked up. As I said you're either going to love it or loath it. 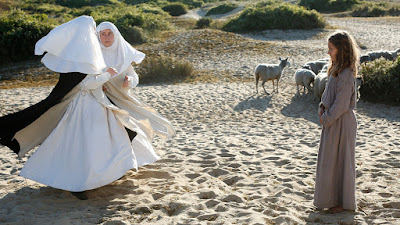