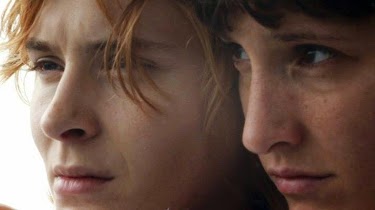 Maids Renta and Luisa supplement their income with an occasional roll in the hay. They are hoping to get enough money to get the hell out of Dodge. Hoping to get big money fast they get involved in a blackmail scheme that unfortunately for the girls things go wrong...

Less crime drama then a portrait of two girls on the edge and their world, this film plays for large chunks of it as a kind of slice of life film as the camera films their lives with a documentarians eye. That is of course not surprising since director Alessandro Rossetto's bread and butter are documentaries. The cast is largely non-actors and their freshness keeps things seeming real.

The film plays June 5 and 9 details and tickets can be found here
.
Posted by Steve Kopian at June 03, 2014