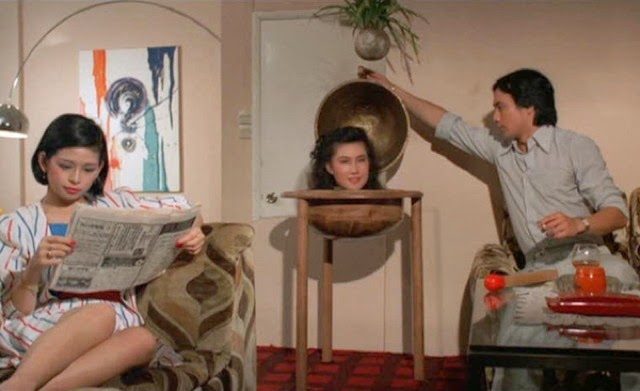 This film is pure exploitation. This is sex and violence and really gross, even by todays standards. Its not the best film ever made, but if you want gore and worms and gross things with your beautiful naked women this is for you. The film belongs in the exploitation hall of fame.

A very bare bones explanation of the plot has a beautiful woman having an affair because she is bored with her husband of a couple of months. She wants to run off with her lover, who is also married, but he won't go. Getting out of her car on a lonely stretch of road she finds a phone and calls her husband who's cab driver. While she is waiting to be picked up she is raped and killed by two guys. The husband uses the services of a black magician he once saved to get revenge on the killers and the lover. Its gross fun from that point on.

Any  sex in the film occurs early on as we see the very beautiful wife naked in the shower and having sex with her lover. Proving that this is exploitation at its finest we also have a slow motion topless jog along the beach.

This film has a reputation for being gross out royalty and its nice to report that this certainly is the case, topping even some of today's gross out attempts. This is a film that will have you going "yuck" quite often. Done before CGI this film is helped by knowing that what you see is what you get, people really are spiting up insects and such.

The only problem for me was that the film seems oddly paced. Don't get me wrong the plot moves, but at times it seems a bit too talky, which just slows everything down when all we want is more gross stuff.

If you've never seen this you really need to make an effort to do so.