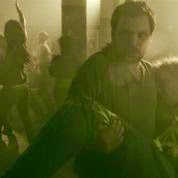 Tore is a "homeless" young man with a boundless love of Jesus. Part of a group called the Jesus Freaks he hangs out a cafe where preaching mixes with heavy metal music.  After praying Benno's truck to start, Benno goes to the cafe just in time to see Tore collapse in an epileptic fit. The older man takes the younger home to his family. Tore thinks he's found a home, instead he's entered one of the rings of hell as his new family delights in tormenting him and attempting to test his faith.

The film is much less the horror film promised by the American distributor than an unpleasant and cruel drama that examines of the notion of belief and the degree to which a non-believer may go to rattle one's faith.  Its also an exploration of how seemingly good people can do truly bad things as the little jabs grow worse and worse and Benno and his family end up on the track of seeing how far they can push the young believer in their midst. Worse it becomes personal as they begin to hate him for never wavering. Its a straight up portrait of the cruelty of human kind and an exploration of where evil may come from.

That may all be well and good, as is the fact its a deeply disturbing film but  when all is said and done and the end credits come down I'm not sure it adds up to much. What is the purpose of all of this?

I don't know. While it maybe based on a true story, the film is clearly reaching more  and I don't know if it reaches it. The problem for me comes from never being sure why Tore stays. Why does he stay? It never really makes sense to me that he would suffer so much. Okay yes he has faith in Jesus and probably believes that god has a plan...but was constantly reminded of the story of a man refusing to leave in the face of a flood because God would provide. He tells everyone who came to save him as the water got higher and higher that god will save him-he dies and then meets God and asks why he wasn't saved only to be told about all the efforts he had made to save him that he ignored. 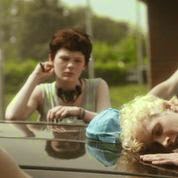 If we don't understand the suffering the film kind of falls apart. If you want to know why this is important you should compare this film to the French film Martyrs, a film Nothing Bad... is compared to in the promotional material. In Martyrs the suffering is unbearable and made worse once we learn why its being inflicted. Its a moment that makes the film even more horrifying since its the point at which the film ceases to be merely torture porn and become something else, something troubling...and a great film. Nothing Bad... never achieves that because we never really understand Tore as anything other than misguided.