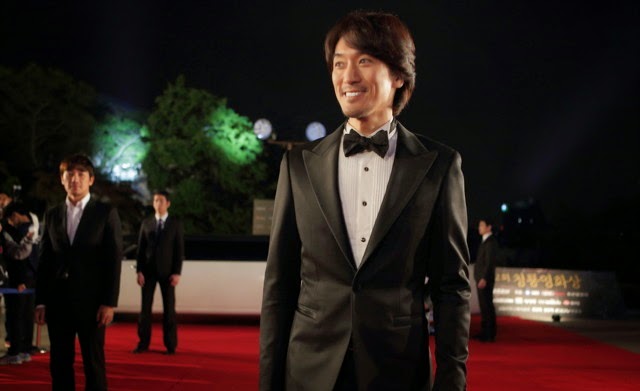 With this year's New York Asian Film Festival there are a couple of films that we've seen, and which because of time issues we can't do a full length reviews in time to get it up before the festival screenings. In order to give you some word before the film screens I'm going to run mini reviews so you can make up you're own mind .

First up is Top Star. This is a Korean film that places later today at 615 and Monday at 330.  When you read my little piece below, do keep in mind that Mondocurry picked this as one of the must see films of the festival. He is very high on it, so high that you probably should just ignore my piece and go see it.

Manager for a big star becomes a star himself eclipsing his former client. But as he climbs so so does his ego. Good drama is a look inside the Korean film industry...and to be honest that's all I can say about the film. You'll forgive me for not saying any more about the film but between the time between seeing the film and when it came time to write it up it completely disappeared from my brain leaving only a sense of "that was good, what was it again?"

For more information and tickets go to the Lincoln Center website.
Posted by Steve Kopian at June 28, 2014