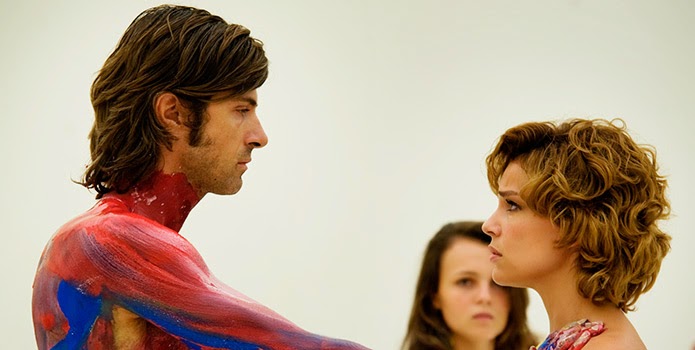 The Opening Night film for this year's Open Roads at Lincoln Center is Daniele Luchetti's memory film about  his childhood.. His father is an artist who loves the ladies and his mother is a woman struggling to deal with her husband's nonsense. She's also trying to find a place in the world. When the parents begin to to drift apart, his mother runs away, the dynamic begins to change.

Enjoyable little film was a weird nostalgia trip for me. Set in the mid 1970's, the films director stand-in is approximately the same age I would have been during the film. Watching the kids in the film it was eeriely like watching myself and my brothers back 40 years ago.

Outside of the nostalgia factor I think this is really good examination of the the changes going on in a family just as  the world was changing (women's liberation was sweeping the world). The film nicely shows how the old ideas of what a family and relationship should be were being shaken apart.

In writing this film up I find that my attitude toward the film shifted. Originally I was going to do more discussion of the changes happening in the world and the family, when I suddenly realized that while the film is nominally being told from the point of view of the kids you could pretty much cut them out and it would make no difference. This isn't the kids story, but the parents. This is an child reshaping his memories  and those of the family into something else.  This isn't to be a criticism of the film, only a statement that I'm still parsing it.

While I do that I suggest that you try to get a ticket to one of the two screenings tomorrow.