DRUNK STONED BRILLIANT DEAD: THE STORY OF THE NATIONAL LAMPOON (2015) 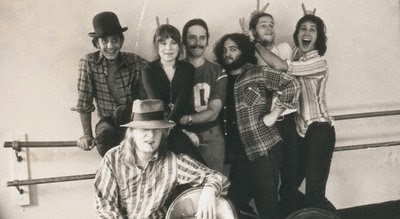 I would qualify calling DRUNK STONED BRILLIANT DEAD (DSBD) one of the two best films at Tribeca so far (the other is MONTY PYTHON THE MEANING OF LIVE) or one of the best films of the year by saying that I was warped by...er...grew up on Lampoon and its off shoots except that the audience reaction at the screening I saw was equally positive. Though I'm certain that I was the only person singing along to the Middle Class Liberal Well Intentioned Blues.

A history of the National Lampoon from it's inception as a spin off of the Harvard Lampoon to second best selling Magazine in the country onward to media giant with live shows, radio shows and movies and ultimately to its collapse. Filled with most of the people who were there (PJ O'Rourke, Tony Hendra, Chevy Chase among many others) the film is everything you need to know about the Lampoon and its influences. Its filled with wild stories, clips from all their shows plus many cartoons come to life. It also explains why Lampoon is the reason that American comedy is the way it is (spoiler-Saturday Night Live stole everyone from Lampoon)

Quite frankly this is as good a documentary, nay film, as I've seen all year. Its near flawless with it's only two minor problems being that it isn't longer (which would have allowed more detail and stories) and the other is it doesn't have some people talking about what happened, but since they are all dead (John Belushi, Doug Kenny, Michael O'Donoghue) its completely understandable.

The only thing I can say about the film s go see it and stay through the ending for an animated closer based on one of the iconic Lampoon cartoons.