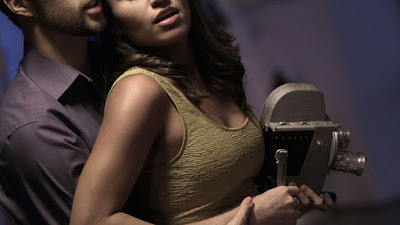 Interesting experiment has one hundred actors and actresses performing the same scene. The best performers are then allowed to continue on through the next scene. And then again. We watch as the scenes with the various actors are inter-cut with each other. We also get to watch behind the scenes stuff as the actors inter act with the crew and discuss their craft and how it connects to this project.

I really don't know how to talk about this film. I'm not sure it's fair to attempt to critique it. Its not that it's bad rather its so unique that anything I have to say kind of is meaningless (I mean that in a good way).  I mean this is a film that is very much a slice of life.

The one thing I know for certain is that this is not going to be a film that is going to be of interest to all audiences. You're going to have to come to this film with a desire that stretches beyond the set up of actors competing (kind of) to make a mini movie. If you are going to get anything out of this film you're going to ave to have a real desire to see and under stand actors do what they do. How do they make their choices? What do they feel? Whats it like on set? are many of the questions that are explored in AUDITION.

I love the pieces. I love the things it reveals. If I wanted to be an actor I think this would be gangbusters. As an experiment I think its great. At the same time  I don't know if I would ever watch it again. Normally when you review something you don't talk about repeat viewings but watching this it was something I considered. Watching it I considered it a one off- an interesting experiment...

And yet as a look into what actors do this film is amazing...or seems to be since I'm not actor.

The best thing I can say is if the description of the film intrigues you give it a shot.