Agust 12 (part 2)
Before bed I pulled out a stack of DVDs and decided to see if I could find any gems- not really. 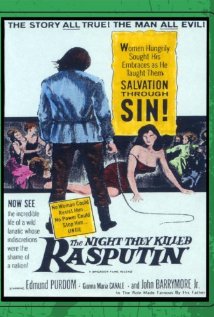 LIVINGSTONE (1925)
Earnest and boring as all hell biography of Dr Livingstone who was rescued by the explorer Stanley after he was thought lost in the wilds of Africa. He was in fact not lost simply treating his patients in an age well before cellphones and satellite communication. The film covers all of Livingstone's life in a mix of actual African footage and "studio" recreations.  Actually most of the footage appears to have been shot in Africa or on location with documentary shots mixing with recreations. A void this one.

TIJUANA AFTER MIDNIGHT (1954)
Phil Tucker's semi legendary portrait of Tijuana- which is really just an endless parade of strippers and bad comedians. Its the sort of thing that shows why burlesque went into a deep coma for a very long time. Its almost unwatchable for any one with pulse.

I COVER CHINATOWN (1936)
The first film by Orson Welles favorite director, after himself, Norman Foster concerns a young woman who goes to San Francisco to stay for a while with her sister-unaware that the sister had been killed by her husband a jewel thief and crook running a jewelry shop in Chinatown as a cover. The film is a must see for anyone who love the city since several key sequences were filmed on location- the opening tour of the city and the concluding chase- not to mention numerous insert shots show the city as it was 85 years ago- a very different place than it is today. As crime comedy drama the film is an okay time killer with some of the edge taken off the film via several sequences that run on too long. Enjoyable but as a film unto itself kind of like many other comedy/romance/crime/mysteries of the time.

THE NIGHT THEY KILLED RASPUTIN (1960)
Fictionalized account of the rise and fall of Rasputin in the royal court of Russia. Pot boiling drama is more concerned with the exploitative elements of the story rather than the actual history. Definitely not high art but it is entertaining. Of note in that the man tasked with killing Rasputin is Drew Barrymore's father who recieves a larger screen credit then he probably deserves
Posted by Steve Kopian at September 15, 2015