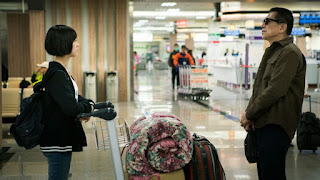 A teenaged girl is reunited with her father, a notorious gangster after her mother dies. Taking her from the island where she has been hiding, they return to Taipei where they slowly bond. However a bad cop is about to blow into their lives and destroy their happiness.

Odd mix of father daughter drama and gangster film never quite meshes. While both parts work well on their own, the gangster business working better, the film never quite comes together with the darkness of the gangster  life not meshing with the lighter portrayal of the daughter. Personally I could never shake the sense that this could have been about a corporate tycoon with the end involving health issues instead of guns.