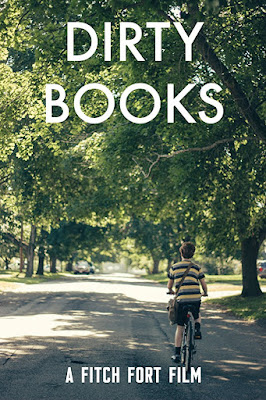 DIRTY BOOKS
Threatened  with the shut down of the school newspaper as a physical publication David seeks out a story to keep it alive, only he has to manufacture one.

Good little comedy hinges on whether how you feel toward David. A well meaning but obnoxious twit I really wanted to smack him around since his desire to keep the paper going as a physical entity  results in him being a little too insane, especially since he does his writing on a computer. 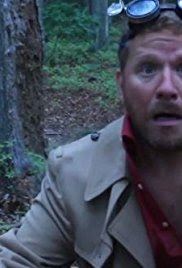 WHAT JACK BUILT
Good little film is either too long for what it is or a proof of concept for a longer film that probably would kick serious ass.

The plot of the film has Jack building something in his basement that has something to do with what is in the woods. I can't say more since the film is not really specific.

While I like what is here, I felt that this either disappointed me for being a lot of sound and fury signifying nothing as the short, or its a really cool appetizer for a feature. For some reason I'd be much happier if this was supposed to be going somewhere, even if I never got to see the where than if this was all there is.

Email ThisBlogThis!Share to TwitterShare to FacebookShare to Pinterest
Labels: shorts