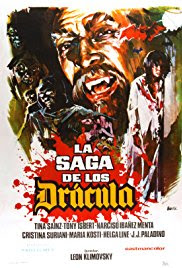 Dracula Saga
Misnamed vampire movie has Dracula’s granddaughter and her husband returning home after years away. She is expecting and when her family finds out they invite her back home.

Rather bland soap opera horror film is more concerned with mood and class struggle than it is in scares. While not a bad film it’s not a particularly interesting one, especially if one was hoping for a blood sucking good time. Worth a look for vampire completeists but all other can skip it unless you need a nap. 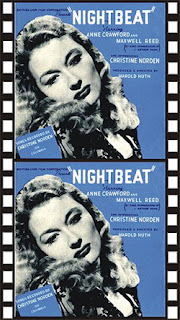 Nightbeat
English noir set right after the close of the Second World War has two friends taking differing courses one as a criminal the other as a cop.

Good but unremarable crime drama is an enjoyable way to spend 90 minutes. While fine if you run across it , it isn't something you need to chase down. 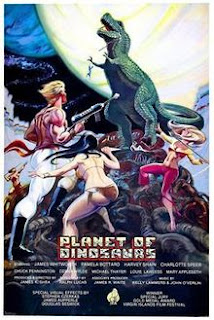 Planet of Dinosaurs
Low budget science fiction thriller as a space ship run into trouble and deposit it's crew on the titled planet.  The whole film is the survivors battling monsters for survival.

Wonderful stop motion monsters make this a must for those who love Ray Harryhausen style effects. They are good enough that the film is still regularly mentioned in some circles as being one of the best of its type. While the plot is nothing special it still engrosses. Worth a look
Posted by Steve Kopian at May 06, 2018