With a day or so to reflect upon TFF 2018, Unseen Films’ Steve Kopian (SK) and Joe Bendel (JB) joined me as I asked about their experiences.

* * *
What surprised you most about the festival this year? I’m thinking film-wise, but if you want to talk about Q&A’s, events, or snacks, please go ahead.

SK: Tribeca this year surprised me on several fronts. First, at the risk of getting strange looks from the festival people, the selections were really bland. Normally there are a bunch of titles that pop out at the start that make you go, “Oh, wow,” and this year there really wasn’t that. I know most of the writers were not really excited until people started to see stuff and the talk started. Yes, LOVE, GILDA was a hot film, as was DISOBEDIENCE, but there wasn’t the instant list of must-sees as in previous years.

Of course with every year there were the titles that surprised me that I didn’t expect to amount to anything. I don’t like Rachel Dolezal and yet I found that I really liked THE RACHEL DIVIDE. THE MISEDUCATION OF CAMERON POST was unexpectedly even-handed. The villains of the piece were not truly evil. SONG OF BACK AND NECK probably shouldn’t have worked, but did, gloriously. I also didn’t realize how good the Master Classes were. This was the first year I went to a Master Class, and I was blown away. Oh, and the fact that I didn’t have a long list of truly awful films surprised me. I mean there are stinkers, but truly big piles of poo, not so many. 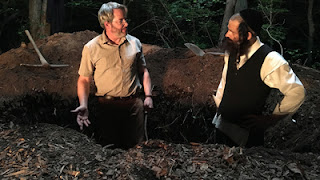 JB: In the past, Tribeca’s award-winners have never really amounted to much, but this year TO DUST could be different. Although not my top pick from the festival, it has a distinctive sensibility as well as a humanistic core that could appeal to viewers beyond the film festival/art-house scene.

SK: You are absolutely right about the winners not amounting to much. More times than not, they are head-scratchers. I think that’s especially true since they only do electronic balloting, which I don’t think really is accurate because so many people don’t vote and because you can stuff the ballot box if you have willing friends. I’m actually shocked that all of this year’s winners—DIANE excepted—were films people really liked. DIANE has me curious simply because I don’t know anyone who hasn’t complained that the ending doesn’t work to the point of lessening the film. (And that whooshing sound is my credentials being pulled for next year)

Apart from some of the titles just mentioned, what releases are you telling your non-film-crazed friends or family members to keep an eye out for?

SK: SATAN & ADAM is just a hell of a tale with amazing music. The short EARTHRISE was the first great film I saw, and it still haunts me almost 100 films later. THE GOSPEL ACCORDING TO ANDRE was a film I fell in love with and I was talking up to anyone who would listen. CARGO is just a great horror film and I was talking it up well before I did any interviews for it. 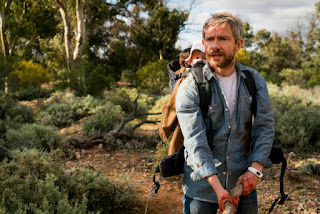 I admire EARTHRISE, but I wasn’t blown away by it. Its ideas impressed me more than the visuals, but I think you were impressed by everything about it. The short film I really liked was LABORATORY CONDITIONS. CARGO I think we’re in agreement on; in fact, I think we saw it at the same screening.

SK: I freely admit that part of my love of EARTHRISE stems from the fact that I was and am a space kid. I was watching everything space from when I was toddler. I mean, one of the first things I bought when I had money was G.I. Joe in a space capsule. It was all Batman and space stuff growing up. I would watch the launches and anything I could see. EARTHRISE touched the nostalgia, but it also beautifully explained what the astronauts were doing. It was the first time I ever heard of a trip as more of a job than of something mythic. They were doing a job and the pictures were secondary. That was never something anyone ever made clear. It’s kind of like the line from Hitchhiker's Guide—“Zaphod’s just this guy you know” while this is “Space travel is just a job.”

What are some other titles you’ve been championing?

SK: One film I was hawking like mad, even before I saw it, was WHEN LAMBS BECOME LIONS. I’m a huge fan of the director Jon Kasbe, and this was my chance to get the word out about this amazing director. No one makes films like him. No one has his eye, and I was telling everyone to see the film because I wanted everyone to get in on the ground floor.

Does warning people to avoid a film count? I was saying, and still am saying, rude things about 7 STAGES… which along with films like GREAT PRETENDER and GHOSTBOX COWBOY were just must-avoid nightmares.

JB: SATAN & ADAM could definitely be the next SEARCHING FOR SUGAR MAN. It was definitely the best in show. However, that short film LABORATORY CONDITIONS will leave viewers dying for a feature treatment. It was like watching the original FLATLINERS for the first time back in the day. 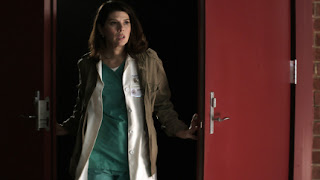 Exactly. It has the kind of premise many filmmakers would botch at 90-120 minutes, but somehow pulls it off in only 15 minutes.

SK: You know, your combined love of LABORATORY CONDITIONS has me planning on trying to track down a copy to see it. I hate it when that happens.

Okay, so now let’s do “big picture.” Any themes in the programming, either intentional or not, that really worked—or didn’t?

SK: I don’t know. I know the blandness of the selections going in didn’t really work for me. Okay, yes, the programming of the big events was really off. I mean, there were three music events—Patti Smith, The Blue Note Concert, the SONGWRITER premiere and a couple of other things—all on Monday night, all against each other. I know that is how things fall sometimes, but everything all at once? I could also quibble about a few films being in oddly chosen sections. NIGHT EATS THE WORLD was not in the Midnight section for example.

Does the way that a film is submitted affect that? I don’t know enough about the inner workings of any festival to comment. But I am always interested in the public face, the branding.

JB: Tribeca has always struggled to establish an identity beyond “it’s big and it’s in New York,” but they shrewdly carved out a niche programming sports films. It seemed like there were fewer this year and they were clearly de-emphasized as a track unto themselves.

On the other hand, there was an impressive selection of music-related films, like the terrific SATAN & ADAM, the somewhat flawed but entertaining BLUE NOTE RECORDS, BLUE NIGHT (which has some merit), HOMELESS: THE SOUNDTRACK, RYUICHI SAKAMOTO: CODA, MR. SOUL, and STUDIO 54. If they can recommit to their sports programming and build off this year’s music selections, they could really be on to a winning formula. (Also, the block of science fiction short films is a semi-tradition worth keeping.)

SK: I agree the sports films weren’t quite the same this year. I’ve been going to the festival for nine years and they were always the one thing you could count on. This year, aside from CROSSROADS, which takes a cliché formula about an underdog team “triumphing” and turns it into something truly exceptional, the films were not up to previous years. And of course I really would like to know what WHEN SHE RUNS was doing in the sports track when it’s a sports film where there is almost no focus on sports.

Is there a moment that stands out for you, that you’ll remember for quite a while?

SK: Lots of personal moments. The CARGO interviews were great. Getting to really talk to Mike Gingold on several occasions. We’ve crossed paths for years but we actually got to talk in screenings and an interview. Getting my friend Julie to the festival. Seeing Patti Smith live. Meeting Jon Kasbe. Of course getting to talk film endlessly with everyone. No one moment. 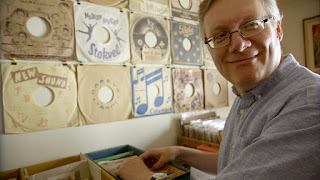 Finally, a random thought:  Who thinks BATHTUBS OVER BROADWAY is as great as I think it is?

SK: I loved it. What annoys me is that on opening night at the festival they did a mini-musical, which it seemed like a good number of volunteers saw and talked about endlessly. They kept saying I had to see the film, and I was very unlucky for having missed it. But right now I’m waiting to see it again. I figure it had to be picked up.