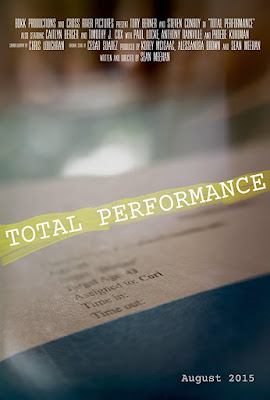 Cori is an actress who works for a company that hires actors and actresses out to act as verbal sparring dummies for people who are going to have  to go into difficult situations.However complications arise...

Really good little short score bonus points for taking things into an unexpected and natural direction. I didn't really see how this was going to go with the film, which is often the case but where many short filmmmakers create turns for effect and to be noticed,  writer director Sean Meehan instead makes the flow of the story feel natural.

I really liked this film a great deal and recommend it if you can track it down.
Posted by Steve Kopian at May 14, 2018