Kurt Brokaw's up coming film classes at the 92nd Y

Senior Film Critic for The Independent and good friend of Unseen Films Kurt Brokaw is teaching two continuing education classes at the 92nd Y later this year and if you want to be enlightened you should sign up and take his classes.

I’ve known Kurt for almost a decade and it’s been a treat. You cannot talk to Kurt and not learn something. Not only has he seen more movies than is healthy, he also has been a part of the film community long enough that he has actually met many of the film makers he’s talking about. Quite frequently we’ll be discussing a film and he’ll say something about one filmmaker or another and you realize that he’s actually met and talked to the director or actor we are talking about and gotten some wonderful piece of information from them. He is a living encyclopedia of film knowledge.

This year he is teaching two classes at the Y, one on Femme Fatales of Film Noir which starts in July (register here) and another on Samurai films which is happening this fall (registration opens in August). Both classes should not only be informative but also make for great conversations. Kurt is, if nothing else, an absolute delight to talk to and even when we don’t agree we end up having just great talks that go in unexpected directions. I can only imagine what it will be in a room full eager students and film fans.

Below is the information on both classes. 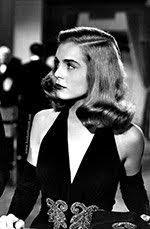