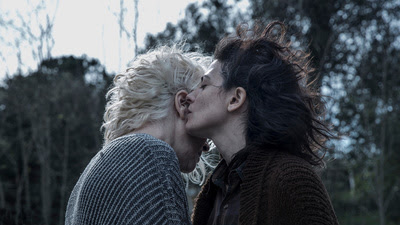 Anabel is confronted by the daughter she abandoned 35 years before. Chiara says she wants nothing from her mother except to spend ten days with her.

Great looking, wonderfully acted film has a plot that never connects to the audience and simply doesn't explain anything because the characters don't say much- the characters spend a great deal of time apart and on top of that more often than not they don't say anything meaningful to each other. Worse the film is intentionally obtuse with details we need simply not mentioned or not said so we can hear them (The whisper).

I know some people connected to the film, several people in the critics screening were sobbing, but I and most people I know were wondering what it was we just saw.