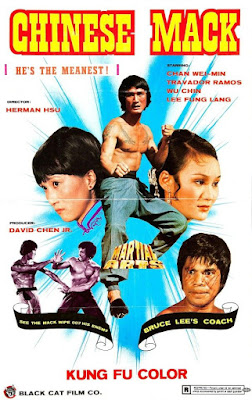 CHINESE MACK (1974) (aka Jue Zhao aka Martial Arts)
Young kid wants to learn martial arts. When he grows his family is threatened by gangsters...and you've bee  here before.  That said this is a really good martial arts film with a well told story and some killer action seuences which seem to pop up every couple of minutes. Highly recommended
(A word of warning the film does contain a dog fighting sequence about half way in) 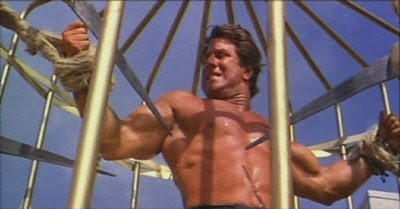 MACISTE IN KING SOLOMON'S MINES
Good looking but rather dull film has the kingdom where King Solomon's mines is located over thrown by greedy no good nicks. In desperation word is sent to Maciste to come and help. He arrives only to fall under a mind control spell- eventually breaking free and pitching the baddies. Lots of shots that would be better placed in a Tarzan film fill the running time. Its not bad but after a good first ten of fifteen minutes it becomes dull and a tad silly.