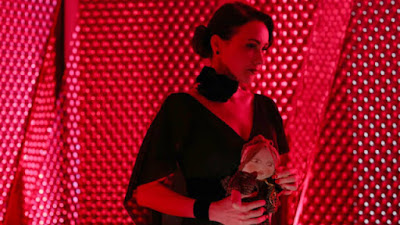 Stunning portrait of actress Valentina Cortese has eight actresses speaking on camera as Cortese while a wealth of clips  highlighting her career, and acting as a cinematic Greek Chorus to her life play.

If you want to see a film that will make you fall in love with it's subject see DIVA! Half way into the film I wanted to run to the computer and find every film she was every film she was ever in (IMDB says it's 105).  Call me heathen, but while I know I've seen Cortese in films it wasn't until I saw this film that I connected up all her film roles an realized who she was and what she's done.

I really don't know what to say but this is one of the my favorite films at Open Roads and probably of the year.This is a film for lovers of film and of a life. It is an absolute delight and highly recommended.

For tickets and more information go here
Posted by Steve Kopian at May 29, 2018