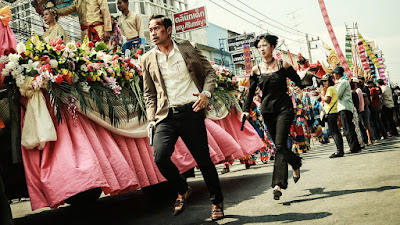 The Big Call is an okay thriller from director Oxide Pang. With the exception of the ill-advised remake of Bangkok Dangerous I tend to really like Pang’s films. To be certain some of the films aren’t works of art, but there is a sense of life to the films missing from the work of many other directors. While the film has some really good set pieces the film simply never pulls everything together.

The film starts with a low level cop being put on the trail of a gang of phone scammers after the death of one of his former teachers. It seems the scammers got the teacher to drain his bank accounts and he killed himself as a result. In the process of investigating he is noticed by the police department’s bureau for phone and internet scams. There he finds that the fish he is chasing is many times larger than he ever suspected.

Lots of financial talk mixes with some action sequences and the usual cat and mouse games between the cops and bad guys. On a purely entertaining level The Big Call is a good time passer. It moves like wind and it holds your attention for the two hours it’s on. For me the problem is that the film tries to do too much. There is too much of an attempt to explain in detail the hows and whys of the scams. It wants to be polemic about phone scams so we repeatedly see lives being destroyed by the scams. While it tugs the heart strings it stalls the forward motion of the film.

Worse the film seems more interested in the villains than in the hero. It seems we are spending more time with them than the good guys. We see their lives before the scams and we get a sense of who they are, but not the cops. Sadly past a certain point they aren’t that exciting. They are just kind of rich spoiled people. If you need proof where the film’s heart lies consider that the final half hour battle and coda is firmly focused on the villains- we are solidly on them as they try to escape. Even the coda is all bad guy and it’s meant to break our hearts. It’s not bad but it does wobble what we are supposed to feel about them.

While The Big Call isn’t bad, and it has some great bits, it never rises above just being okay as a whole.

Worth a look but don’t expect to love it. 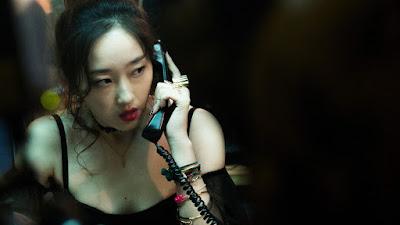