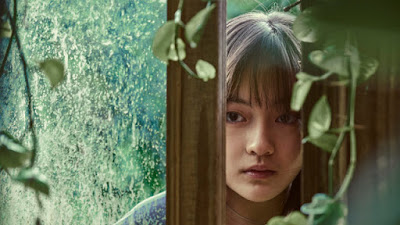 Nothing drives corruption like government land use policy. Of course, if you throw in some illicit sex and jealousy, things can really get explosive. The Tang family will find themselves in the eye of a brewing storm when their loves and lusts exacerbate a political scandal in Yang Ya-che’s shamelessly entertaining The Bold, the Corrupt, and the Beautiful , which screens during the New York Asian Film Festival.

Madame Tang is ostensibly just an antiquities dealer, but she has leveraged her position as the widow of a revered general to become a behind-the-scenes political power broker. She has essentially given up grooming her oldest daughter Tang Ning, whose disgust at her mother’s amoral machinations manifests in various forms of self-medication (sex, booze, pills, awkward scenes in public). Instead, her youngest daughter, fourteen-ish Tang Chen most often assumes co-hostess duties.

In anticipation of a major developed project, Madame Tang has guided her political associates to buy up parcels in an otherwise sleepy rural district, using shell companies. Her circle of influence includes the regal wife of the speaker and up-and-coming legislator Lin, whose family is the Tangs’ nearest neighbors. However, the deal starts to fall apart when the Lin family is mysteriously massacred in their home. Only their teenage daughter Lin Pien-pien survives, but only just barely, in a comatose state. Tang Chen will be assigned her bedside vigil, even though her relationship with the somewhat older teen is complicated—just like everything else having to do with the Tangs.

Like Yang’s Girlfriend Boyfriend, Bold is set in Taiwan during the 1980s, but they feel like they are worlds apart. While his previous film is unabashedly earnest, Bold is dark, twisted, and maybe even a little lurid, but it sure is fun to watch the Tang family and their associates behave spectacularly badly. There is always another shoe left to drop, but Yang primary and over-riding concern is always Madame Tang’s dysfunctional relationships with her daughters. Gosh, this would be such a nice film for Mother’s Day viewing.

Speaking of mothers, the great Kara Wai [Hui] (amid her latest career renaissance) knocks it out of the park as the sly, string-pulling Madame Tang. One knowing look from her is worth more than a mountain of CGI effects. Of course, we always knew she was awesome. Probably the biggest surprise is Wu Ke-xi, who is best known for her remarkably bold but naturalistic work in Midi Z’s docu-like films. As the hot mess sister Tang Ning, she proves she can preen, seduce, and Dynasty-slap fiercer than anyone. Holy cats, can she ever burn up the screen. Yet, Vicky Chen (a.k.a. Qi Chen, who was such a revelation in Angels Wear White) hangs with them both as the deceptively innocent-looking, utterly destabilizing Tang Chen.

Bold is a deliciously cynical film that is also kind of trashy, but in the best way possible. Frankly, it would be fitting if Madame Tang warned viewers to buckle-up their seat belts, a la late Bette Davis, because this is definitely a roller coaster ride. It is just your basic sarcastic political melodrama, with a considerable body-count, so what’s not to like? Very highly recommended, The Bold, the Corrupt, and the Beautiful screens -July 5 At NYAFF. For more information and tickets go here
Posted by Steve Kopian at July 01, 2018