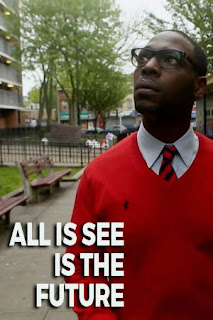 One of the best films at The Winter Film Awards is the story of Bryant Pearson  Pearson got out of prison with some training as an optometrist. Walking into a clinic on Staten Island he managed to get a job working with licensed optometrist who takes him under her wing. When Pearson is arrested for being in the wrong place at the wrong time he has to figure out what his path is going to be.

Glorious portrait of a young man who won't et the past stop him. Moving ever forward toward making a life for him and his family, it a shining example of what someone who wants to change and is given the right opportunity can do.

This is a must see. It will renew your faith in mankind and make you feel good.