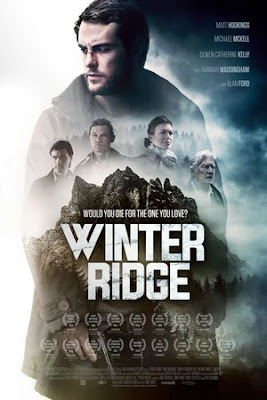 WINTER RIDGE
Detective Barnes arrives home to find his wife has been put into a coma as a result of a terrible accident. Several months later he throws himself into a murder investigation that morphs into a hunt for a serial killer who is killing anyone with a degenerative disease.

Less feature film than two part TV detective show episode WINTER RIDGE is never bad but it never quite puts us on the edge of our seats.  More concerned with the characters than the mystery it plays out like some of the British TV shows where they mix in a heavy dose of the characters's personal life as well as a mystery. That's the way you want to go in a series but in a one off mystery not so much.

A big problem with the film is that there really isn't enough in the way of suspects to make us work very hard to figure out who is behind it all. At a certain point we've ticked off who it is.

WINTER RIDGE is never a bad or uninteresting film, its simply more of an okay time passer 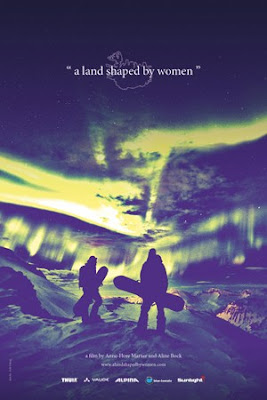 A LAND SHAPED BY WOMEN
Snowboarders Anne Flore Marxer and  Aline Bock travel around Iceland snowboarding and meeting the women who have shaped the history of the country.

Odd mix of sports film and political/social documentary introduces us to a of really interesting women and the the world they are working to create. The two pieces are quite good but they don't work together as well as they should since the shifting between great looking images of travel and snow take away from all of the wonderful women. Its not bad but I think if they had focused more on the women and less on the travelogue this would have been a great film instead of just a good one.

WINTER RIDGE and  A LAND SHAPED BY WOMEN play this afternoon with the animated  YESTERDAY WILL BE TOMORROW. For tickets and more information go here.
Posted by Steve Kopian at February 17, 2019