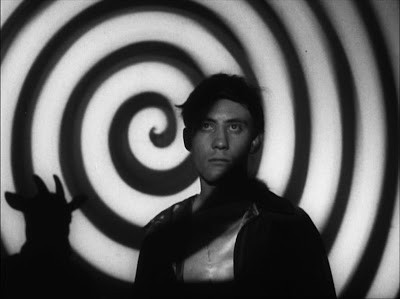 When I discovered that Arcadia was Paul Wright's follow up to his criminally under seen FOR THOSE IN PERIL I had to take a look.Wright welded drama with legend to form a great greater truth that surprises you with each viewing. Sadly I’m not certain what the reaction is going to be for the new film.

Playing as part of the Museum of Modern Art’s Documentary Fortnight the film is less a documentary than an essay or poem about human’s relationship with the land, specifically the English country side. Comprised with clips from films from the last 100 years and mixed with a new score by Adrian Utley (Portishead) and Will Gregory (Goldfrapp), the film seeks to say something about how we view the land and how that has changed over times.

Arcadia is film that demands to be seen on a big screen. There are times when he film’s raw power from the perfect mix of sound and image overwhelms us. It’s so staggering that I can’t imagine what will be on a small screen.

Unfortunately the moments of power are scattered through the film. In between there are god one with okay one and meh ones with the result the film never quite got traction as a whole. ..

That’s not quite true the score by Utley and Gregory soars and I found myself periodically closing my eyes to just listen. (It's so good I purchased it)

Is Arcadia worth seeing? On a big screen it’s a must. On the small screen less so. If you are a fan of the composers most definitely.

Also playing at the Doc Fortnight are three other films we’ve seen. (Click on the links to go to the full review)

WHERE THE PAVEMENT ENDS the story of a city's racial divide which is so good it may end up being one of the best films you see all year.

TAKE LIGHT a thought provoking look at the switch from government to private power in Nigeria and the problems that result.

For tickets and more information about the festival go here
Posted by Steve Kopian at February 18, 2019