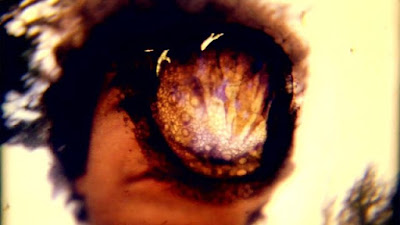 Still Burn is a film I like more in theory than in execution. The film is director Mauricio Alfredo Ovando‘s look at his grandfather, a general who became President of Bolivia via the official record, and the memory of his family and affected by his grandfather’s actions. When the film works it is an interesting look at the collection of history and memory and how our connections to people color how we see the world.

Unfortunately the film doesn’t always work. Part of the problem is that unless you know Bolivian history you will be a bit adrift as events are discussed. More than a couple of times I found I was just going with things because I didn’t fully understand what the discussion meant.

The bigger problem is the film is a little too full of clips odd sources and home movies that give us some sense of the family (when they aren’t fleeting) but really don’t connect up to anything. I think much of the first 25 minutes is made up of home movies where – and his family talk about the fleeting images (“Oh that must have been someone’s birthday” or “There is cousin…”) There is so much that I kind of tunes out. Once we get about a third or quarter of the way into the film it begins to come together, but there is always a sense of disconnect.

Ultimately this is noble miss. It is a film I like more in principle than in actuality.
Posted by Steve Kopian at February 24, 2019