Neighboring Scenes 2019: Outer Edge and There Will Come Soft Rain 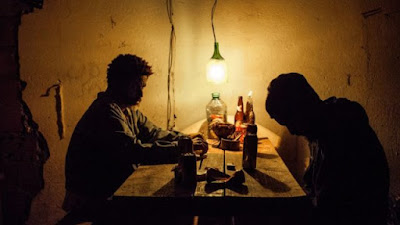 Outer Edge
Ethereal and trippy drama cum romance about two people who meet, fall in love and come apart and the people who orbit them. More form over content film is going to be a film some people love more than others. With its occasional narration, direct addressing of the audience and mystical feel this is not a film that will click with everyone. Personally I enjoyed the ride to the end but when it was done it didn’t make much an impression, being more of a nice scenic trip somewhere rather than a life changing experience. Of course I recognize that there are some people who will love the film so my advice is if the description of the film intrigues you give it a shot. 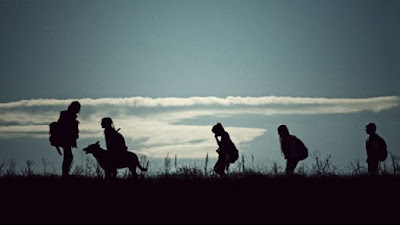 There Will Come Soft Rain
Excellent science fiction film about what happens to a bunch of kids when one day the adults fall asleep and the kids have to fend for themselves. Mystical, dreamlike (and echoing Ray Bradbury) the film is one that initially takes the subject of what would happen if the kids are suddenly left alone before veering off in unexpected ways. I was strangely delighted by the film which takes a well-worn sub-genre and turns it into something unique. You will forgive my lack of discussion about the film but half way through I realized I need to see the film again because what the film was different than my expectations and I wasn’t as open to it as I should have been. I need to revisit so I can truly see the film for what it is. Regardless this film is highly recommended for anyone who thinks they’ve seen every version of the end of the world genre.
Posted by Steve Kopian at February 22, 2019