Winter Film Awards 2019: A BITTER RECKONING and A SCIENTISTS GUIDE TO LIVING AND DYING 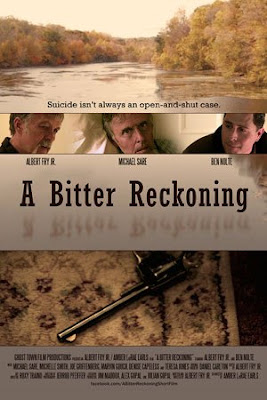 A BITTER RECKONING
The sheriff comes around to Lester's with more questions concerning his father's suicide and it quickly becomes clear that more was going on than he first thought.

Bittersweet drama about children dealing with parents in pain is on okay, if over long drama. While there is much to discuss and ponder when it comes to questions of assisted suicide, the telling of this tale is a tad too leisurely to really work. While it is never bad it simply isn't compelling enough to sustain the 25 minute run time. 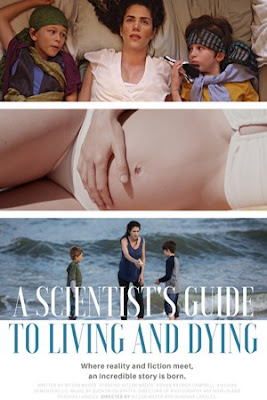 A SCIENTISTS GUIDE TO LIVING AND DYING
A young scientist begins to become uncertain about everything after becoming pregnant with her dead husband's child.

Good looking and well made film never quite manages to pull the philosophy together with the family drama on screen. While it's never bad, and while the two parts, the voice over inner monologue and visual drama, are both excellent they never fully came together for me.

However while the film may not have worked for me there is a good chance it may work for you so if the subject matter intrigues you give the film a shot.
Posted by Steve Kopian at February 21, 2019